Q&A with Livingston Taylor: To Thine Own Self be True 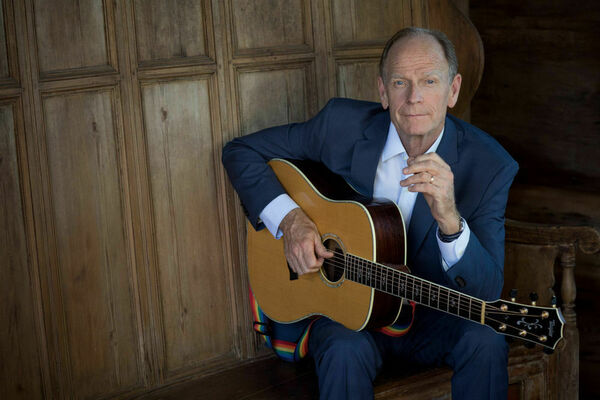 In being asked to interview Livingston Taylor, admittedly I knew more about his brother James, as many do. However, there was one song in particular that I recalled hearing which shifted my heart each time the chorus was sung.  Although it had been many years since I last listened to it, I wondered if the same effect would be felt. As with most songs that tug at our emotional strings, each occasion we hear them, immediately, we are suspended in time and space, transported to a parallel universe, filled with emotion, memories and fantasy.  “I Will Be In Love With You,” is that Livingston Taylor song for me, and when I pulled it up on Youtube, its mid-tempo, optimistic breezy disposition still conjured scenes of hand-holding, butterfly kisses, green fields, and weeping willows, basking in the bright June sunlight.

Livingston Taylor, prolific artist and Berklee College professor, his cool, calming, dancing-like-a-feather-on-a-summer-breeze vocals immediately reminiscent of his musically-inclined family, yet uniquely his own. Even if his melodic style is not your genre of choice, his intelligent and witty lyrics relay narratives that compel you to listen until the end. His combination of wordage, sometimes vulnerable, at other times silly and amusing, reflect his complex and compassionate personality. The manner in which he softly  sings, “Hey good news — love’s still blind,” from his song, “I Must Be Doing Something Right,” with purposeful delayed phrasing restores your hope in the truth of the statement, and makes you gratefully remember something we all need to be reminded of, that he is correct.

His symbiotic relationship with his audience has been evidenced over the years and the endearment he has for his Berklee College students is accounted in the 2018  documentary Life Is Good featuring Don Law, Carly Simon, Katy Taylor and Ian Anderson (free on Amazon Prime).

With over 50 years in the music business, there have been many interviews within that time span and, given the informational power of Youtube, in researching his career, instead of regurgitating the same questions he’s become acquainted with over the years, I felt, a deeper understanding of his remarkably focused point of view was warranted.

CC: You talk about your parents taste in music as well as the records Alex, your eldest brother who has since passed, brought into your home as a child. How do Broadway show tunes combined with R&B equate to the Taylor style?

LT: I think that there is a strong rhythmic sense and a strong internalized rhythm in our music and what that allows is building interesting melody lines on top of that.  When it comes to writing we are good storytellers and we like to tell stories about various characters in our songs. When I was younger I tended to write more about myself. As I get older, my life is less filled with angst and so I tend to go to outside characters more in my later writing, and that is a natural progression.

CC: There seems to be an endearment between you and your siblings. How was that fostered?

LT: The fact is that we are very close in age.  There are five of us, when the youngest was born the oldest was 6.  We are just very bonded. It is important to us, our relationship with one another.  That isn’t to say we haven’t gone through strained periods or period of irritation with one another, but at the end of the day, nothing is more important than one’s beautiful family.

CC: You’ve claimed you weren’t too bright in school, in fact, that was a catalyst for your singing career … yet not only do you write poetically, each of your songs tells a story. How do lyrics come to you? Do you have a ritual? Do you visualize your songs first? How does the magic happen?

LT: I don’t care whether I write the song or if somebody else wrote it, but certainly, for myself, the great help for me is when the song is to have a good melody and then the melody interests me then I can wait for a storyline to occur to me. So, sometimes I write the story first but where I write the story first, the songs melodically are generally less interesting, so I prefer to start with a terrific melody, then I have the bedrock on which to build a quality lyric.