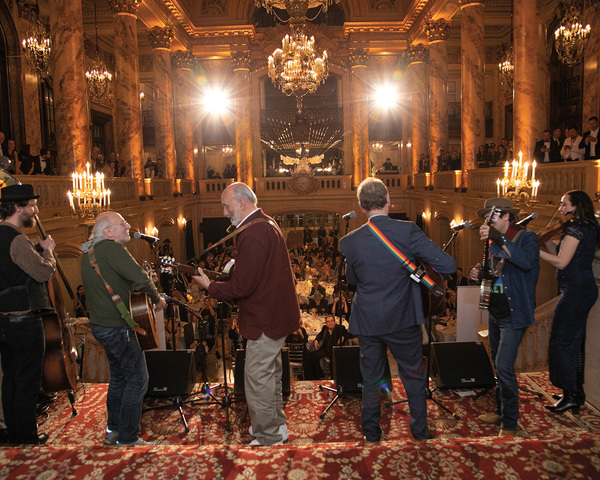 It was a gala of epic proportions when the Boch Center hosted Illuminating the Future amid the rococo splendor of the Wang Theatre.

The party started with drinks and little nibbly bits in the downstairs lobby, and guests got a sneak peek at the Folk Americana Roots Hall of Fame. Dinner was served in the lobby and the surrounding balconies, with nonstop entertainment by the likes of William Close, playing the Earth Harp (look into it), and headliners like Livingston Taylor and Peter Yarrow, to name a mere smattering.

“That guy ought to be an auction item,” said one woman, while another said, “I wrote this song while I was lactating, which, technically, makes it a drinking song.”

Meanwhile, a woman who received a compliment on her Dolce & Gabbana handbag said, “Thanks. My stepson gave it to me,” to which someone else responded, “Where do I get stepsons who give me expensive shit?”