Livingston Taylor on attracting and keeping your audience engaged 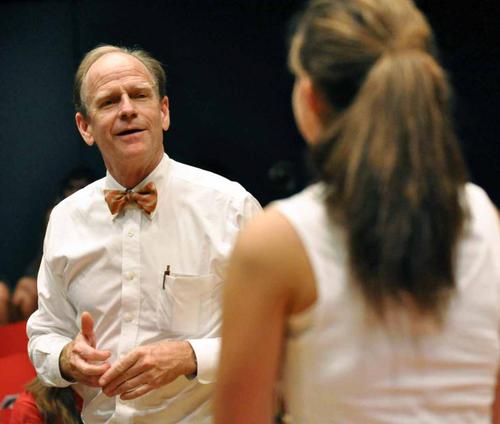 In the era of “music for free,” the chances are slim for someone to become a great recording artist that tours only infrequently. Today more than ever, aspiring music professionals need to understand how to perform well and what it takes to attract an audience. For a quarter of a century, professor Livingston Taylor has coached students in his stage performance classes that building and maintaining an audience is the key to a career. An artist who has worked in both the old and new music industry paradigms, he’s had charting records and played at least 100 shows annually throughout his 45-year career. So Taylor speaks with authority. In a recent free-ranging conversation, he shared with characteristic wisdom and humor, his vantage point on developing performing skills, a fan base, and careers.

“We need to develop all the revenue streams that we can,” Taylor says. “I tell my students that above all else, I want them to be happy. But if they can’t be happy, then I want them to be rich. That will allow them to surround themselves with the best of the best in terms of artistic camaraderie. You want to work with the best players, engineers, producers, and arrangers, and you get to do that by having an income stream. Great art is the result of wealth concentrating talent. Without it, you can’t make and market great art,” he reasons.

“Certainly performance is a major component in sustaining an income stream while you are developing a career. Play live anytime you can. There were coffee houses in my early days, and there are different options now. House concerts are great. When you read about George Gershwin, you learn that he loved to play people’s pianos at parties. He was a great entertainer. I say, go and entertain.

“Two things are absolutely essential for a performer. First, you need to have a good catalog of material. I recorded my first album at 19, and I had 25 songs. I had a lot of material to choose from even in those early days. You need to have a deep catalog and be able to play for an hour.

“Second, you need to play live at any opportunity you get. When you play music in the presence of other people, you can watch that music land. You will figure out what things worked well. When you do something that the audience liked, do it again. When you do something they didn’t like, don’t do it anymore! You’ll only learn these things by playing for other people. You need to be so well practiced that you won’t have to concentrate on your instrument so that you can concentrate on watching the music land.

“Performing allows you to assess whether people like your material, and also whether you like your stuff. Sometimes when you write new things and play them for people, you learn that you may have liked playing a song when you were alone, but that you don’t like it in the presence of other people. Maybe it’s not easy to play or to make it clear to the audience. Performing shows you what works.”

Build It and They Will Come

“The first thing you need to worry about is building an audience. If you have an audience, you don’t need to find the business; the business will find you. If you were to call Live Nation and ask them to book you, what you’d really be asking is for them to find you an audience, and make your career. They’d tell you to go jump! You need to find an audience, and then Live Nation will happily exploit [it]. The last people to sign you and find you an audience were the record companies. They don’t do that anymore. You have to be long-proven on the Internet before a radio station will add you to their playlist. All you have to worry about is finding your own audience. Once you do, people in the industry will be all over you like cheap whiskey. They are hypertuned to what is on the horizon.

“I think of [Berklee alumnus] Charlie Puth ’13 posting an endless series of YouTube songs when he was 16. Eventually he got enough hits to attract the attention of the mass media. I tell my students to write and record their songs and post them on the Internet and social media. Do one, then another, and another. Don’t let the perfect stand in the way of the completed. Finish your work and post it. You won’t be good early on, nobody is. It takes time to become good. Just keep at it.

“A great irony that I share with my students is that you cannot be one of the gods without mortals. The only way you can live on Mount Olympus is to have mortals advocate your ascension. Ultimately, gods must have mortals, but mortals don’t need the gods at all. You’re not going to get onto Mount Olympus because Mommy or Universal Records thinks you’re good. The only thing that matters is that you can pull a crowd. If you can, you’re in. Young people are doing things in a different way than I did, but nobody’s going to break that rule: To become one of the gods, you need mortals.”

“Guys like me, my brother James, Jimmy Buffet, and others are always out on the road. We’re always going to see our audience. We’re anxious to see them and don’t wait until they want to see us; we go to them. You must be available and able to tour and tour. I am fond of saying that I need to see my audience, they don’t have to love me. I love them enough for the both of us. It was me who needed them. I like being one of the gods, but I cannot be that without the advocacy of my audience. So I go to find them all the time.

“You also need to challenge the audience and yourself. They come to see you to be reminded of the adventure you are on. They want to be enthused. When you break out a tune that they haven’t heard in a while, it’s fun. People like hearing things from my first albums, and I like rediscovering them. I realize then that something was good and I may have ignored it for a time. For me at 65, it’s really exciting to have a range of material to pull from.”

“You need to have things for sale so that an audience that has been moved by you can give you more money. Essentially what they are saying is, ‘I’ll buy your CD because I like you and want to give you more money to demonstrate that.’ In a sense, you’re offering people the opportunity to give you a tip. The merch doesn’t need to be expensive. You want people who have been moved by your vision to be able to contribute to what you do. It is all part of the care and feeding of the audience.

“You’ll get a youth bonus that lasts until you are 30. By youth bonus I mean the inclination of people to cut slack to the young. Seeing someone who is 22 and talented gives people hope for the future. But once you hit 30, you need to have a well-established routine of practice and study. You need to come into your 40s with a real set of skills and broad catalog of music. You need to know how to read, write, record, and know the people who can solve problems that you can’t. You need that infrastructure. You’ll get it by observation and study, and the maturing of your talent. You won’t get it hanging around wishing someone would find you. Work on your music, cultivate an audience, and then show up.

“Once you reach 30, you’ve spent your youth bonus. After that, it’s the major leagues where people are throwing hard and fast and are in control. So be mindful to study and develop skills as you come into your 30s. In your 40s, people will start to choose you. Older people, like me, need to hand this off to somebody, and it’s not going to be a 30-year-old, it will be someone in their 40s.”

Take a closer look at how sisters Aubrey and Angela Webber, a.k.a. The Doubleclicks, are traveling on the DIY road to building their careers inClicking in Portland.