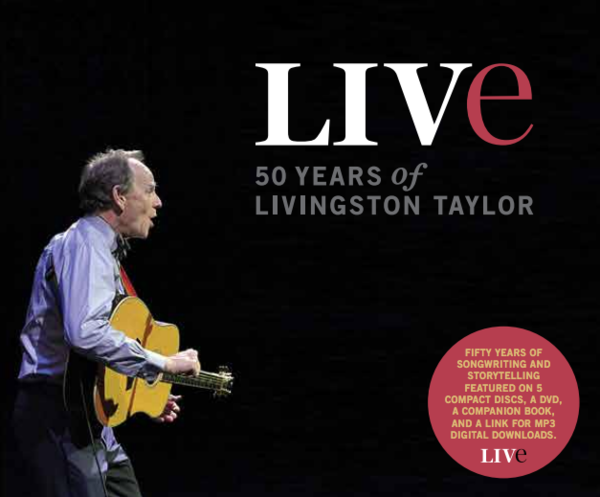 Liv, Brittany, and I hope you are having a wonderful holiday season!

It's been a great year of many first for Liv!

Here are some highlights from Liv's 2018:
Livingston Taylor - Life is Good Available on Amazon!

The documentary film about Liv, "Livingston Taylor - Life is Good". This film premiered at film festivals across the globe and was picked up by Amazon Prime. It has garnered many awards, nominations, and accolades, including The Van Gogh Award for the Feature Documentary category at the AmsterdamInternational Film Festival. Click here to watch the trailer!

We'd love for you to check out the film and leave a review. All reviews are super helpful for the film to launch the film and we'd love to spread the word.

Throughout the year we have been working on "LIVe - Livingston Taylor Live" and we are closing in on completing the project. The set will include 5 CDs of 86 live songs from 1969 through 2016, a copy of the documentary film, and a photo book with notes from Liv throughout. We'll have pre-order information next month, but in the meantime, we'd love for you to give a listen to the unmastered version of "Carolina Day". It's from Amazing Grace Theatre in Evanston, IL in 1971. Click here to listen!

Thank you all for your continued support of Livingston and his music. We wish you the happiest of holidays and 2019