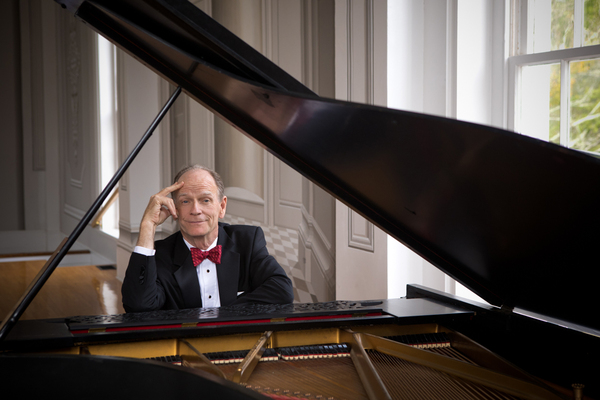 BRATTLEBORO—Whether Livingston Taylor is writing songs or telling stories to an audience in a concert hall or to his students, the process is the same for him.

“They (the listener) need to get something out of it,” he said in a recent interview with ELF. Audiences will surely do that next Friday, April 29, when Taylor performs at the Latchis Theatre.

His brother James may have enjoyed more commercial success, but Livingston has been writing songs alongside him for 50 years.

Taylor said it wasn’t inevitable that he and his siblings — James, Alex and Kate being the others — would be musical, but their mother did keep a piano and guitar in the house at all times.

Taylor remembers being a lover of pop music from a very early age — among his favorite artists were The Beach Boys and singer/songwriters Carole King and Burt Bacharach.

He also enjoyed classical music, jazz, folk — and many other genres. Taylor said he was influenced by his brother James’ guitar playing, but he credits himself for inspiring his brother in other ways.

“My absolute love of melody skewed him toward the melodic,” he said.

Born in Boston and raised in North Carolina, he picked up his first guitar at the age of 13, His first performances were at coffeehouses in the early ’70s, where he shared stages with major artists including Joni Mitchell, Linda Ronstadt and Fleetwood Mac. He recorded his first song at 18, which led to the Top 40 hits “I Will Be in Love With You” and “I’ll Come Running” and tours with such artists as Jimmy Buffet and Jethro Tull.

Livingston became a professor at Berklee College of Music. in 1989, where he taught a Stage Performance. He continues teaching young artists invaluable lessons learned over the course of an extensive career on the road at colleges and institutions nationally and internationally, including at The Frost School at the University of Miami, Tulane in New Orleans, Endicott College in Massachusetts, and many more.

“I tend to wear a bow tie when I teach,” he said. “On stage I tend to be, for lack of a better word, a bit of a kooky professor.”

His performances are usually peppered with personal stories and anecdotes and contain everything from touching ballads to a full orchestra backing him.

“My shows tend to be informational,” he said. “I love not only writing songs, I love playing the great songs of others and talking about why they’re great.”

At the top of the list of what he has missed most during the pandemic is being with his audience.

“I was quite insistent with my agent that as soon as we could, I would go anyplace, anytime, anywhere (to perform),” he said.

No matter his listening audience, he said the wisdom he imparts is the same.

“I tell them they have to be able to be of value to their peers,” he said. “They are not biologically predisposed to like you—they require you to be of service.”

Being of service to Taylor means making sure every word of his matters.

“I want stunning clarity and brevity and the audience to be effortlessly absorbed,” he said of his writing and storytelling. “I want to build it brick by brick and add to their intelligence. I want them to say, ‘Livingston has made me smarter.’”

Another life-long singer/songwriter with a 50-year-plus career, Don McLean, will also visit the Latchis Theatre to perform this month, on Saturday, April 23.

You may recognize McLean’s name: the Songwriter Hall of Fame member wrote “American Pie,” the 8-and-a-half-minute-long ballad paying tribute to the untimely deaths in 1959 of Buddy Holly, Ritchie Valens and The Big Bopper in a plane crash. It became the longest Number 1 song ever.

It was also named one of the Top 5 songs of the 20th century by the Recording Industry Association of America, was inducted into the Grammy Hall of Fame and into the Library of Congress National Recording Registry, where it joined less than 500 works (including “Somewhere Over the Rainbow”).

Every line of the song was analyzed time and time again to find the real meaning. McLean has refused to sanction any of the many interpretations.

The New York native is in the midst of a world tour celebrating the 50th anniversary of the iconic song, and he and his band will also perform many of his other memorable hits, including “Vincent (Starry Starry Night),” “Castles in the Air,” “And I Love You So,” and “Cryin.”

Having missed long periods of school, his love of music was allowed to flourish while at home pursuing his studies.

He would often perform shows for family and friends. As a teenager, he purchased his first guitar. By this time, his focus was on folk music. Determined to become a professional musician and singer, he was already making contacts in the business at 16.

In 1963, he began a six-year period during which he performed at venues like The Bitter End and Gaslight Café in New York, the Newport Folk Festival, The Cellar Door in Washington, D.C., The Main Point in Philadelphia, the Troubadour and Ash Grove in Los Angeles and more than 40 colleges throughout New York and New England. He appeared alongside artists like Steppenwolf, Pete Seeger and Janis Ian.

In 1968, he graduated with a bachelor’s degree in business administration but turned down a prestigious scholarship to Columbia University Graduate School.

“I had my degree; I did that for my dad,” said McLean in a recent interview with ELF (McLean was 15 years old when his father died). “But I was going up-river to sing and I left it all behind.”

He’s referring to that year when the New York State Council for the Arts invited him to become their Hudson River Troubadour.

He spent that summer traveling from town to town in the Hudson Valley, giving talks about the environment and singing songs for whoever would turn up to listen. A year later, Don was a member of the first crew of the Sloop Clearwater. With folk singer/songwriter Pete Seeger, they traveled the Atlantic seaboard giving concerts at each port and being featured in the news wherever they went. In 1969, Don recorded his first album, “Tapestry,” the title song of which inspired the creation of the environmental action group, Greenpeace.

Since the inception of his career as a musician, McLean wanted creative freedom.

He continues to sell out concert performances worldwide.

His environmental and social justice efforts continue today, now that he is in need of nothing himself, he said.

He finally got his own team to help operate The Don McLean Foundation, which sends students who cannot otherwise afford it to college and continues to support homeless shelters and food banks in the state of Maine.

“I get projects going so I can get sources of income going,” he said, adding that his college degree has been helpful in his work with the foundation.

“The most important thing to me is the relieving of suffering.”

Livingston Taylor performs Friday, April 29, at 7:30 p.m. at The Latchis Theater, 50 Main St., Brattleboro. Tickets are $45-$85 and can be ordered at https://latchis.ticketleap.com/