Taylor brings a palette of tunes to the Big Isle 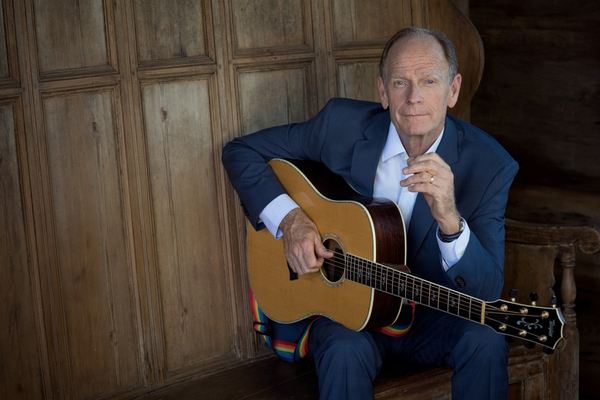 Incidentally, Taylor requests the pleasure of your company this weekend as he plays a pair of Big Island concerts, Saturday at the Palace Theater in Hilo and Sunday at the Kaimani Room at the Hapuna Prince Hotel on the Kohala Coast.

“I very much show up with a palette with songs and then I choose from them as the show is going on. I’m playing a song — I’m thinking about what I’m doing well, what the audience wants, what they’re feeling, what they’re responding to. Are they in a mood where they want to par-tay and be riotous? And do I feel like going down that road myself? So it’s very much adjusted as it goes.”

While his guitar playing and music composition are clearly contemporary, Taylor’s sharply honed lyrics seem to hark back to the masters of a previous era like Ira Gershwin, Cole Porter, Lorenz Hart and Johnny Mercer.

“I’m delighted with some of the songs that I’ve written — not only delighted, but honored that I was able to write them,” he said. “I think all the time, ‘Where did that come from? Good for me. Sweet!’

“Finding a good lyric is like finding 20 bucks in your pocket.”

As an example, Taylor points to “Call Me Carolina,” a song from his 2010 album “Last Alaska Moon,” which has a Civil War theme, although that wasn’t his intention as a songwriter.

“That’s a very strong piece of writing,” Taylor said. “In the last verse, it says, ‘There’s a freckle-headed kid and we wound up eye to eye, and his rifle would not fire so he set himself to die. And I saw the slightest tear for what my steel would bring, but I would not be that merchant for I was listening for you to call me Carolina.’

“When I’m writing like that I’m very, very pleased.”

Occasionally the writing turns from the sublime to the (intentionally) ridiculous, as with “Olympic Guitar,” a freestyle piece of picking with the premise “What if guitar playing were an Olympic event?”

“Watching the Olympics and listening to all those ludicrous commentaries, I wondered what would it be if they were doing commentary on a guitar part, so I just took on that role,” Taylor said. “On the underpinning, the song itself is a pretty good song and I play a pretty good guitar, so it works.”

Another piece of absurdist humor is his medley “Songs that Should Never Be Played on the Banjo.” Taylor didn’t write any of the songs, all familiar, but his recognition they shouldn’t be played on the banjo and audacity in doing so anyway has elicited audience-wide belly laughs.

Taylor played the Blue Note Hawaii in Waikiki in June 2017, but didn’t make it to the Neighbor Islands. He said he’s delighted to hit Hawaii Island and Maui this time around.

“If there is any chance that I could see, on the Big Island, lava pour into the sea, I would love to witness that sight. Not sure that it will be possible this time, but to me, the miracle of (Hawaii Volcanoes National Park) and the idea of watching our beautiful Earth reinvent itself is very excited,” he said.

“I want to emphasize how honored I am about coming back to Hawaii and how enthused I am about seeing my beautiful audience in Hawaii again. We’re going to have a great time.”